Several times now I have had the profound experience of listening to famed author and illustrator, James A. Owen give his incredible lecture titled, “Drawing Out the Dragons.”

There were many great lessons shared and some terrific insights into life. One particular seemed to penetrate me deeply; each time I’ve heard Drawing out the Dragons, I have felt challenged, recommitted to Live Deliberately.

Much of my early life, I lived like a stick floating down a stream, subjected to the whims and will of the water flow, victim to whatever happened to me, resenting most everything, because I wanted something else, but felt powerless. In recent years I’ve discovered that I have a voice, and it is my choice whether or not I use it. Rather than letting life and the elements act on me, I have chosen to act. I have chosen to live deliberately.

Henry David Thoreau wrote, “I went to the woods because I wished to live deliberately, to front only the essential facts of life, and see if I could not learn what it had to teach, and not, when I came to die, discover that I had not lived.”

This is what I think it means to live deliberately.

– Seize the day. “As if you could kill time without injuring eternity.” – Henry David Thoreau

– Let go of pride. “A proud man is always looking down on things and people; and, of course, as long as you’re looking down, you can’t see something that’s above you.” – C.S. Lewis

– Find your tribe. “The glory of friendship is not the outstretched hand, nor the kindly smile nor the joy of companionship; it is the spiritual inspiration that comes to one when he discovers that someone else believes in him and is willing to trust him.” – Ralph Waldo Emerson

– Learn, always. “Unless you try to do something beyond what you have already mastered, you will never grow.” – Ralph Waldo Emerson

– Know thyself. “He who knows others is wise; he who knows himself is enlightened.” – Lao Tzu

– To thine own self be true. “Every once in a while, the Universe opens itself up to you and you alone, and shows you something that no one else is going to understand. And you have to decide in that moment how much you believe in what you have seen–even if everyone else in the world tells you you’re wrong.” – James A. Owen

The Road Not Taken

“Two roads diverged in a yellow wood,And sorry I could not travel both And be one traveler, long I stood And looked down one as far as I could To where it bent in the undergrowth; Then took the other, as just as fair, And having perhaps the better claim, Because it was grassy and wanted wear; Though as for that the passing there Had worn them really about the same, And both that morning equally lay In leaves no step had trodden black. Oh, I kept the first for another day! Yet knowing how way leads on to way, I doubted if I should ever come back. I shall be telling this with a sigh Somewhere ages and ages hence: Two roads diverged in a wood, and I— I took the one less traveled by, And that has made all the difference.” – Robert Frost 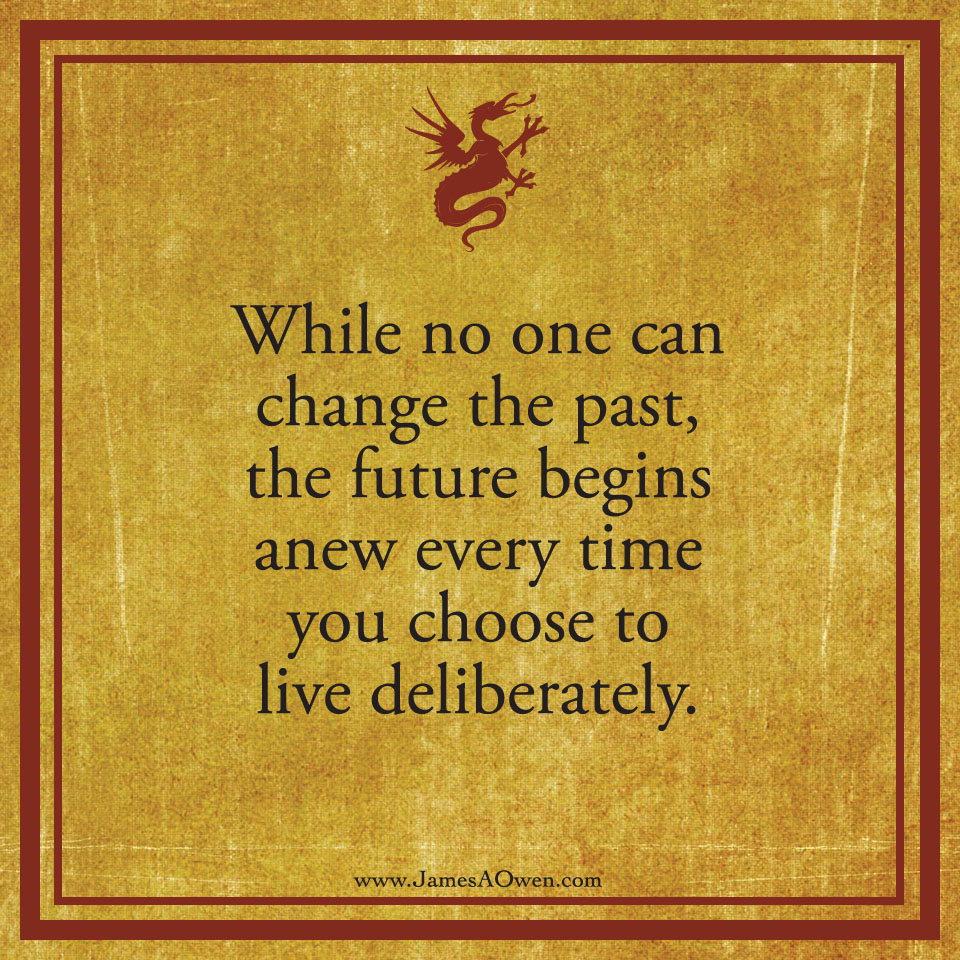