OK, they tell me I have a single blog post to recap one of the biggest years in my writing career.  So, here we go.

January was actually relatively calm.  We will think of this as the quiet before the storm. February kicked off with my first time attending the Superstars Writing Seminar. Despite spending a third of the conference in bed due to altitude sickness, thereby becoming the black sheep of the seminar, I made a lot of great connections and met a lot of good people.  Also, I was introduced to this group of authors who call themselves the Fictorians–you may have heard of them.

February also saw the release of Book 3 of the urban fantasy series I co-author with my wife.  We launched the book live at RadCon in Pasco, Washington; the good folks at that con and the Central Washington Authors Guild helped to insure our best launch ever, putting us briefly in the top 40 list on Amazon’s Urban Fantasy category.

March saw the release of Horseshoes, Hand Grenades, and Magic.  This is an anthology we were really happy to be a part of.  The entire anthology is filled with stories in which close is good enough.  Our story, “Some Kind of Way Out Of Here,” involves a thief who steals a number of magic wands–only to need to use their random effects in his botched escape attempt. March saw us attending Norwescon, the largest of the regional conventions at which I’m a regular.  The picture’s a little fuzzy, but the bowler stands out).   In addition to being a big, awesome con that gives its authors free booze in the evenings (no joke there, just awesomeness), Norwescon is the home of the Fairwood Writers Workshop, which is a really amazing chance for me to give back to new authors in exactly the way I got my own start.

I’m going to cheat a little bit, here; while at Norwescon we recorded the first episode of 3 Unwise Men, the comedy genre fiction podcast I record alongside two other nimrods.  Season 2 released in April, though; it was a six-episode season, beginning with the Livecast from Norwescon.

In May, I attended Miscon as a professional.  Miscon was an amazing experience; I did dinner with Jim Butcher, drank beer with Kevin J. Anderson, and ended up in a sweet game of Fiasco with Christopher Paolini.  In addition, with the help of the Fairwood Press table, we had our greatest single day of physical book sales ever.  Possibly the most heady con experience I’ve ever had.  There was a moment at Miscon where a fan walked up to the WordFire Press table, where my wife Esther volunteered, and asked Kevin J Anderson where he could find our book.  That’s something that makes you really feel like you’ve arrived. June is a time for getting things done.  CampCon happens in June, a small gathering of professionals in the woods surrounding Mt. Hood in Oregon.  We bring our laptops.  We place them on picnic tables.  And we throw down word count.  Esther and I finished the draft of the first novel in our new series, Black Powder Goddess.  When is it coming out?  Well, that’s up to whoever buys it.  But CampCon is an amazing experience, where the creative juices are flowing and nobody has an internet connection to distract them.  That’s the group pic we took; there’s several new authors that come, but we also have Phyllis Irene Radford, Bob Brown, Sanan Kolva, Joyce Reynolds-Ward, and Blaze and Leah from Knotted Road Press. In July, we did Westercon!  Westercon was the first con at which Esther and I appeared at a table featuring our own books.  We shared that table space with the great David Boop and Peter Wacks, and broke all of our sales records.  Also, the Unwise Men made an appearance at Westercon.  It was the last panel of the day for me, and you can tell that all three of the UWM were shocked to see us not only invited back to a convention, but actively advertised by that convention.

During July, we also appeared at Capital Indie Book Con in Olympia.  We had a table here, as well, and had decent sales as well as a couple of unexpected guests. During August, we took deep breaths and dove headfirst into revising Black Powder Goddess.  In addition, we began drafting Graceless, book 4 in the Gift of Grace series.  Normally in August we attend Spocon, the convention which gave us our start back in 2011.  This year, Spocon took a year off after putting on Sasquan in 2015.

Easily the best-selling anthology to date for us is the great How Beer Saved the World.  Keeping a copy of this book on the table at any given con is difficult at best, and the online sales for it have been fabulous.

In September, Esther and I were proud to be a part of the launch of the second volume of How Beer Saved the World.  Having two of these books on our table from here on our is really going to be quite something, because we cannot stop people from buying the first one.  Here’s a quick marketing tip:  if you want to sell an anthology, make it about booze.  Half the people at a convention are already thinking about it. 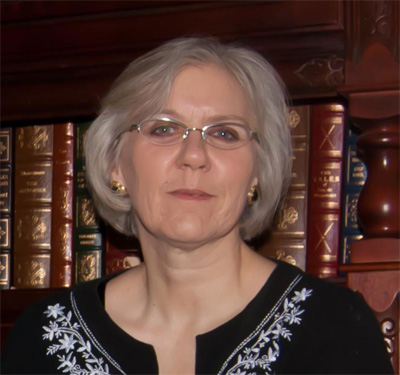 The editor of our first three novels, Sue Bolich, lost her fight with cancer in early October.  Sue has been with Esther and I from the beginning of our careers, and losing her was a serious blow.  I would not be the author I am today if it were not for Sue flaying me alive at every step.  Sue, we loved you, and we are far better writers with far better books for having known you.  Nothing we do in the industry would have been possible had you not ever-so-politely laid the skin from our flesh every time we looked at you.  She was a great author and an amazing editor, and I still feel directionless in this industry without her.

November began with the release of Dragon Writers.  a charity anthology put out by WordFire Press.  If you’re reading the Fictorians regularly, there’s fair odds you’re going to see this mentioned a lot this month.  Frank, Jace, and Kristin (and maybe some others I missed, sorry guys) appear alongside Brandon Sanderson, Jodi Lynn Nye, David Farland, and Todd McCaffery in this anthology of stories featuring (1) dragons, and (2) creativity.

In addition, Esther and I made yet another con appearance, this time at OryCon in Portland.

It is December 2nd as of this post.  Who knows what the next 24 days will bring?

That’s me for the year.  It was a huge year with our biggest releases, our most effective con appearances, and some of our best networking.  For Esther and I, 2016 is going to be looked back on as the year we started going full-bore as professional authors.