When developing characters, scenes, and storylines, writers strive to build a deep, emotional connection with the readers—resonance. The concept seems easy and obvious, right? I mean, we write in a couple emotional tropes, tie them in to a common experience, like going to the Prom or playing spin-the-bottle or shooting a game winning goal, and sprinkle liberally with sensory details to create an everyman’s scene likely to connect, at least at a basic level, to the majority of your readers.

While the above may build a connection, it’s probably not going to be compelling. It might evoke a memory or grunt of acknowledgment, but not generate the richer experience you’re striving for. It’s too heavy handed and obvious. Readers can spot that crap a mile away.

No, what I’m looking to build is that true connection, that bond that forever sears a memorable event into a reader’s psyche through an unexpected sharing of perspective wrapped in details and emotional beats. Different events/scenes hit readers in different ways based on his or her life experience. For me, a writer, bowler, and youth bowling coach, a great illustration of a scene grabbing hold and becoming a part of your life can be found in the movie, The Last Samurai. 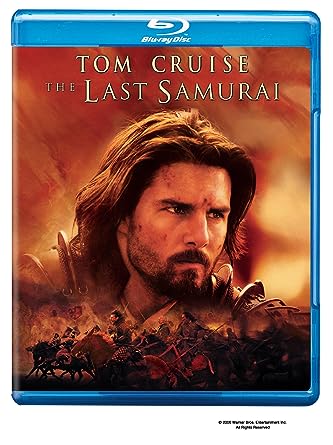 After being wounded and captured by the samurai enemy-at-the-time, Tom Cruise’s character, Nathan Algren, an ex-army Captain hired by Japanese politicians to train their army to fight the insurgents (samurai), is taken to their remote mountain village. Trapped through the winter, he’s given some measure of freedom under close supervision to heal and walk among the villagers. During that time, he comes to appreciate the samurai way of life and finds the peace within himself he so desperately needs. Great stuff. Love the movie. There’s one scene, though, above so many other great moments, that truly resonated with my writer/bowler/coach self and has become part of, well, part of me really.

Once he recovers enough from his injuries, Algren begins to train with the samurai to get back into fighting shape. In an early training scene, surrounded by dueling warriors, villagers going about their business, and curious spectators, Algren gets repeatedly trounced. After another quick defeat, Nobutada, the son of the samurai leader, Lord Katsumoto, apologies and introduces the martial arts concept of mushin, or no mind (focus). In basic terms, Nobutada instructs Algren to ignore the other fighters doing their thing, ignore the villagers doing their thing, ignore the spectators, and focus on the task at hand. He’s got his mind on too many things, not focusing on what’s really important at that moment.

I get chills whenever I watch that scene because it speaks to me on multiple levels. As a competitor, I’ve been in tense situations where it seems like entire world is watching every move I make. As a coach, I’ve seen how surrounding distractions pull a bowler out of the “zone” or out of the moment. The mental aspect of bowling is a critical part of the sport at the higher, competitive levels, and this scene beautifully encapsulates the mushin concept in a simple, accessible, amusing way. I’ve used the scene to explain the concept to my bowlers and hear the dialog in my head every time.

Now my wife, also a bowling coach, watches the scene and appreciates the concept, but it doesn’t resonate with her. It hasn’t become part of her. And that’s fine because no two people come at any given story or scene with the same background, same life experiences. What resonates with me, will not necessarily resonate with her.

To increase the chance to resonate with your reader, imbue your scenes with life–include sensory details and emotional hooks, relatable thoughts/experiences and clear storytelling. I guess that sounds like Writing 101. The skillful use of basic writing tenets can lead to extraordinary results.