Do I keep a depraved soul locked in my subconscious, caged unable to act on her desires? Is there a past-life sister sharing her memories with me, breathing life into my characters and infusing them with her ideals of right and wrong? Is it just good old-fashioned curiosity about what makes such characters tick? Do I admire their freedom, their lack of concern for the moral and ethical shackles that bind most of mankind?

I try not to delve too deeply within myself seeking the answers. It’s likely I have a sympathetic personality or a very open mind that allows these characters to speak to me. I give them free reign through my writing. My voice is their voice.

Traveling through Wyoming on a return trip home from a convention, I encountered a new character and found inspiration. Now known as the Wyoming Frontier Prison Museum, we stopped in Rawlings to take a tour of what served as the territorial prison from 1901-1981. The imposing stone facade and high wall surrounding the yard were daunting, but it’s what transpired inside the fortress that still haunts me.

Stepping into cell block A, the oldest part of the prison, was an immediate shock. A chill permeated my body seeping into the very core of my bones. I wanted to weep, cry out, and run all at the same time but something held me immobile. The silent screaming of the tortured souls of the past invaded my mind and my being. I was overwhelmed with emotion flooding in all at once; hopelessness, fear, anguish, depression. I felt smothered, suffocated, controlled. The feeling of oppression was a palpable weight on my shoulders. It was as if I was being buried alive.

Collecting myself enough to follow along with the tour, the sense of straddling a line between the different times hung with me. As the guide recounted stories of some of the prison’s infamous inmates, their images played out before me as if etched on a veil hanging over my eyes. The prisoners endured remarkably deplorable and harsh conditions – cramped quarters, no heat, constant threat of violence, a cement ledge as a bed, persons convicted of petty offenses in the same general population with the most depraved criminals. The lives and circumstances of the prisoners intrigued me. I have to admit, I felt a level of respect for anyone able to survive in the inhumane situation.

I was particularly drawn to the history of a young woman inmate convicted of killing her father and incarcerated in the prison in 1908. Annie was sentenced when she was only fourteen years of age. The museum had some of her letters on display enabling me to learn more about Annie. Her voice spoke to me across the lines of time.

After returning home, I couldn’t shake the uneasy feelings I’d experienced. The sadness and hopelessness clung to me like a shroud. Deciding to immerse myself in the darkness rather than try to avoid it, I did some more research on Annie.

Annie’s letters give no indication that she was remorseful. She writes, “….a feeling or a wish came over me to kill someone and this feeling, I could not resist.” She was housed in the facility approximately a year then transferred to Colorado where she finished out most of her four year sentence before receiving a pardon. Annie’s life before and after the murder and incarceration, by all accounts I’ve found, was unremarkable. She went on to marry and have children and live a normal, quiet life until her death in 1975.

The story I’m writing is fiction so it’s inspired by Annie rather than based on her. All manner of horrific events will happen to my character, Anna, before the murder, during her stay in the prison, and after her release. I have to let go of all the emotion that overwhelmed me that day at the prison. My way of accomplishing that is to write about it. Feel the feelings and move past them as I let the characters I write experience the emotion for me.

Unlock the locks, throw open the doors, uncage the dark demons of your mind. Give them a voice through your pen and let them tell their stories. Maybe they’ll connect with the darkness in the readers and you’ll have a best-seller!

To learn more about the museum and Annie, follow the links below:

Tonya L. De Marco is a Costume Designer, Cosplayer, published Model, and published Author. She splits her time between the Ozark Mountains of Missouri and the Rocky Mountains of Colorado.

Honestly? I’ve never thought about tension while writing. I’ve thought about conflict a whole lot: overarching conflict, conflict between characters, conflict with the environment, etc. But I’ve never framed it in my mind as “tension.” After some thinking, I decided it wouldn’t be quite right to offer advice about something that I don’t tend to think about while writing. However, I have noticed it while reading. So in lieu of offering advice, I’ve put together a list of memorable stories that created tension in a very unique way that may help you in your own writing. The fun of creating tension doesn’t have to be all your characters’ doing. By honing in on your narrative voice, you can create tension between you and your reader using a variety of techniques. In the classic book One Hundred Years of Solitude, Gabriel García Márquez sets up tension in the first half of his book by dropping the same line over and over: “Many years later, as he faced the firing squad, Colonel Aureliano Buendía remembered…” Instantly, the reader questions this. Aureliano before a firing squad? How did he get there? Also… Colonel? When does he become a Colonel? With this line, the author continues to keep these questions fresh in the reader’s mind, and the reader continues on with the book in order to get the answers to those questions.

Tension Through Speaking Directly to the Reader 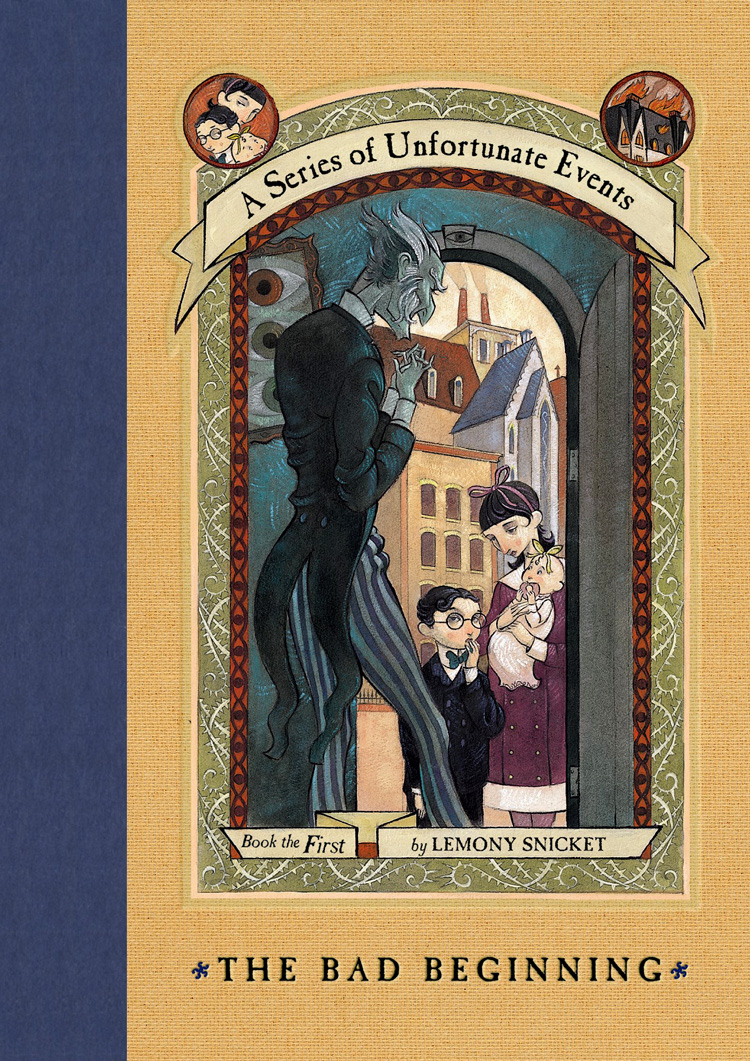 In one of the darkest children’s series out there, Lemony Snicket (Daniel Handler) adds a warning to the reader at the beginning of every book. In the very first book, he lays the land:

“If you are interested in stories with happy endings, you would be better off reading some other book. In this book, not only is there no happy ending, there is no happy beginning and very few happy things happen in the middle. This is because not very many happy things happened in the lives of the three Baudelaire youngsters.”

By doing this, Snicket sets expectations and creates tension between himself and the reader. The reader fights the warning, thinking this, a children’s book, couldn’t end so badly. And yet, Snicket promises a unhappy ending. But what could that ending be? How could something so terrible happen to these wonderful children?

This technique is a favorite among Literary Fiction authors and moviemakers. The author has one character telling the story as they remember it, allowing them to be the narrator. However, the switches from past to present is up to the author. That means right when something happens, the author has the power to pull back to present time, have the narrator reflect for a time, and then go back into the action. This undoubtedly drives some readers nuts, but can we deny it causes tension? Nope! An example of this would be Middlesex by Jeffrey Eugenides, where our narrator, Cal, starts most chapters in the present, and then switches back to telling his grandparents’ and parents’ stories. The reader becomes anxious to see what’s going on in the present, and yet is forcibly taken to the past instead. This, in the best cases, builds tension by way of anticipation.

The master of ending a chapter on a cliffhanger is the incomparable R.L. Stine.

When I was growing up, I was afraid to read out loud in class. I’d stutter, and as anyone who has tripped in front of their crush knows, once you start falling, nothing can save you from making a fool of yourself. In order to combat this, my dad suggested we read aloud to one another each night. We chose Goosebumps, naturally, because who wouldn’t. We found we’d read for longer than either of us anticipated because we just HAD TO KNOW what happened in the next chapter. If that’s not tension, keeping your readers up way past their bedtimes, then I don’t know what is.

Remember that tension doesn’t have to lay on the shoulders of your characters every time. Consider taking some of the burden from them and messing with your readers’ minds yourself!