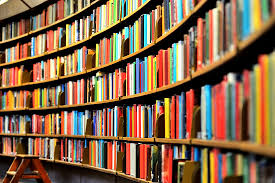 Some series are structured from the beginning; others are open-ended.  If you don’t know how long your series will go on–if you want the possibility to add more books if it does well–then you’ll do yourself a favour by seeding ideas for the future.

This technique might not be useful for you if your series is highly structured and working towards a certain predetermined end.  For example, the Harry Potter series was planned from the beginning to be seven books long–one for each of Harry’s years at Hogwarts.

But suppose your series is about the crew of a starship.  You’re sure you could write a lot of books about their adventures.  Or suppose your series is about a detective.  You’d like to be able to write a number of stories about her cases.   How long these two series will be is going to depend in large part on how well the early books sell.  Based on sales, you’ll choose whether to extend the series, or whether to write something else.

If you’re extending your series, you don’t want each book to become Episode of the Week.  A new crime to solve, a new planet to explore–but so what?  One way to make each book “count” is to reveal more about your characters.  Maybe one of them changes in a meaningful way.  Or maybe we find out about someone’s past.  Or maybe two characters start (or end) a relationship.

And then there’s your seeds.

The navigator of your starship crew always wears a helmet.  Nobody’s ever seen his face.  In the first few books, this fact is just a matter of mild curiosity.  But if you need a story idea for a later book—take off that helmet.  Has he assumed someone else’s identity?  Is he an alien?  Is he hiding an injury or a secret?

Your detective believes that her son died after meeting with foul play.  His body was never recovered.  In the first few books, this tragic past is why she became a detective.  But if you need a story idea for a later book–one of the criminals she arrests has a tip that her son may be alive.

If you choose not to extend the series, these “hooks” become background information, matters of curiosity, things mentioned in passing, general “flavor.”  But if you do choose to write more books later, you’ll have ideas to explore that have been “written into” the series from the beginning.

It is possible to go overboard on the story seeds.  If your starship crew spend the earlier books constantly wonder what’s under the navigator’s helmet, then your audience will feel dissatisfied if they don’t ever find out.  You also don’t want to overly restrict future stories by laying too many hints that you can’t contradict later on.  You’ll have trouble making your detective the youngest of six daughtersif you mentioned in book one that she’s an only child!

But if you seed ideas into your earlier books, then if you extend your series, your later books won’t feel like “add-ons made up off the top of your head”.  They’ll tie into previous books, expanding on ideas that you suggested from the very beginning.  And if your characters grow and change, or if your audience learns more about them, then your series will maintain a sense of continuity–and possibly take both you and your readers to some surprising new places.